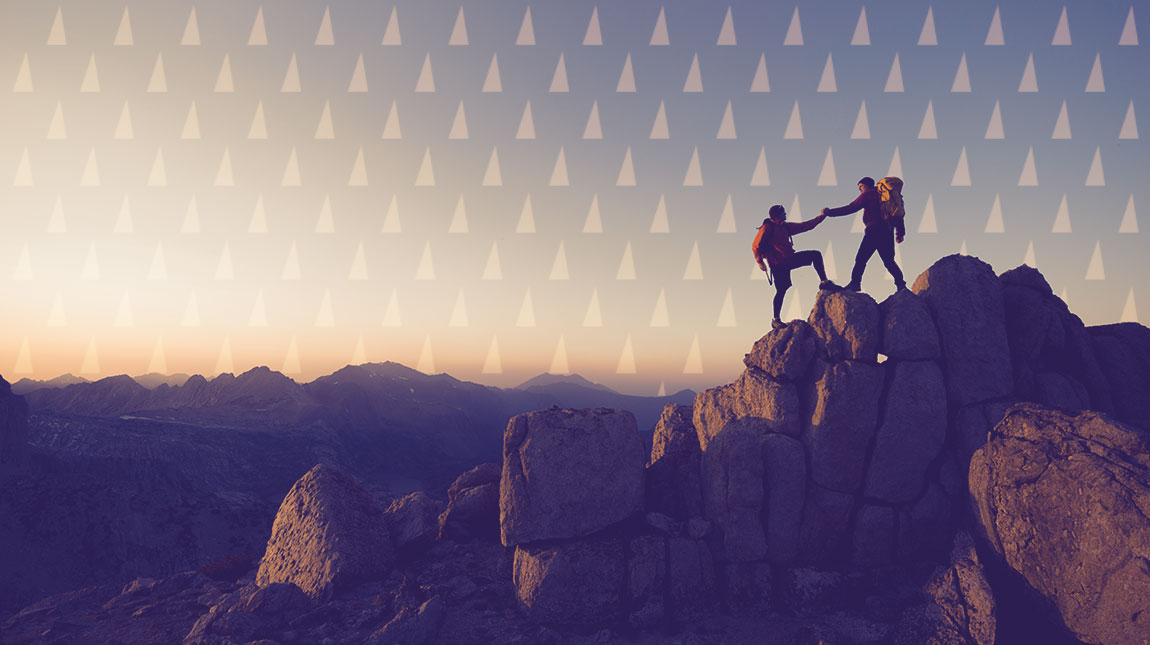 The heat and humidity were intense, but the ground shook with the bass of the music and sincere worship of an army of 300,000 young Jesus followers who had come to Washington DC that day for Together ’16. As I approached the podium to preach on revival in our time, the stage manager informed me that the entire program was being shut down. We were scheduled to go until 9 pm and it was only 2 pm, but we had seen hundreds of Together goers rushed to the hospital for heat stroke. Not only would I not speak, but the hard work of over 600 organizations that year would be cut short.

I felt like a deflated helium balloon as all the joy and anticipation leaked out of me. Little did I know, something was about to be birthed from this day of disappointment that was bigger than my simple message on The Mall.

I decided to spend the time I had been scheduled to speak walking the streets of D.C., praying for direction from the Holy Spirit for my new position as Executive Director of Catalytic Partnerships for InterVarsity. I was immediately drawn to a man sitting by himself, one of the hundreds of thousands in town for the event. When I asked him why he was at Together, Keith responded, “I work for a ministry called Cru. I am the new National Director for Strategic Partnerships.” Barely able to hold in my excitement at this “coincidental meeting,” I asked, “So what are you doing with that job?” Keith gasped honestly, “I have no idea. I’m asking the Holy Spirit to lead me.”

This ‘chance’ encounter led to six months of conversation between Cru and InterVarsity leadership teams asking, “What’s the one thing we can do together that we could never do apart?” As we sat in this question, soaking in Scripture and prayer together, we each had a strong sense God was calling not only Cru and InterVarsity but the Church in North America to come together for a new and mighty move of God–for revival in our time!

Conspiring with the Spirit

We have had this sense of calling to revival confirmed dozens of times as we have reached out to new partners for what has now come to be known as ‘EveryCampus.’ EveryCampus is our feeble attempt to conspire with the Holy Spirit to instigate revival by catalyzing new gospel movements and prayer across America.

I say ‘feeble’ because nobody can strategize or schedule revival. We can’t even bring revival through our prayers and ministry efforts. Revival is a unique work of the Lord. In Revelation 11:15, it is declared, “The kingdom of the world has become the kingdom of our Lord and of His Christ and He will reign forever and ever.” That is a ‘revival’ that will never end, but I believe we can live in a season of revival in the here and now. That is what EveryCampus is all about.

If we add up the collective ministry from all the churches, denominations and parachurch organizations, only 23% of American college campuses have a gospel presence on them. EveryCampus seeks to change that by planting a gospel movement on every single campus in the U.S. in the coming years.

The first phase of this coalition is to build partnerships with other collegiate ministries, churches, church networks, and individuals to prayer walk every single one of the 4941 campuses in American in 2019. To help facilitate this, we’ve launched the site, www.everycampus.com to equip people with a guide to prayer walk campuses throughout the U.S. We are hoping to join the Spirit of God by crying out to Him for revival on our campuses.

To date, there are over 60 organizations, networks, churches and denominations who have joined the coalition, including the Navigators, Chi Alpha, the CCO, RZIM, Pulse, Jews for Jesus, Pine Cove and Luke 18.

We are also working to build a digital platform which would bring organizations together for collegiate ministry. Through the ministry portal, partners in the EveryCampus coalition will share data about ministry efforts, events, and groups and also receive leads from people participating who may want to join local efforts.

This portal represents a ‘new normal’ of Kingdom collaboration between many ministries that may have operated in competition in the past. Organizational leaders are laying down their logos, banners, and agendas to do something together that they could never do apart. Showing up at EveryCampus leadership gatherings, Cru leaders are wearing CCO shirts, InterVarsity leaders are wearing Chi Alpha shirts, Pulse leaders are wearing Cru shirts. Wearing each other’s ‘flags’ has become a simple symbol of lifting one another up for the greater cause of Christ! Sharing finances, human resources, digital assets, and platforms at events and online are just a few ways we are seeing the groundwork set for revival.

Unity among believers, significant prayer, and a sincere yearning for God’s Spirit to have His way are all hallmarks historically of seasons of revival. We are seeing signs of revival all around us and invite you to join with these efforts to do more together than we could do apart!