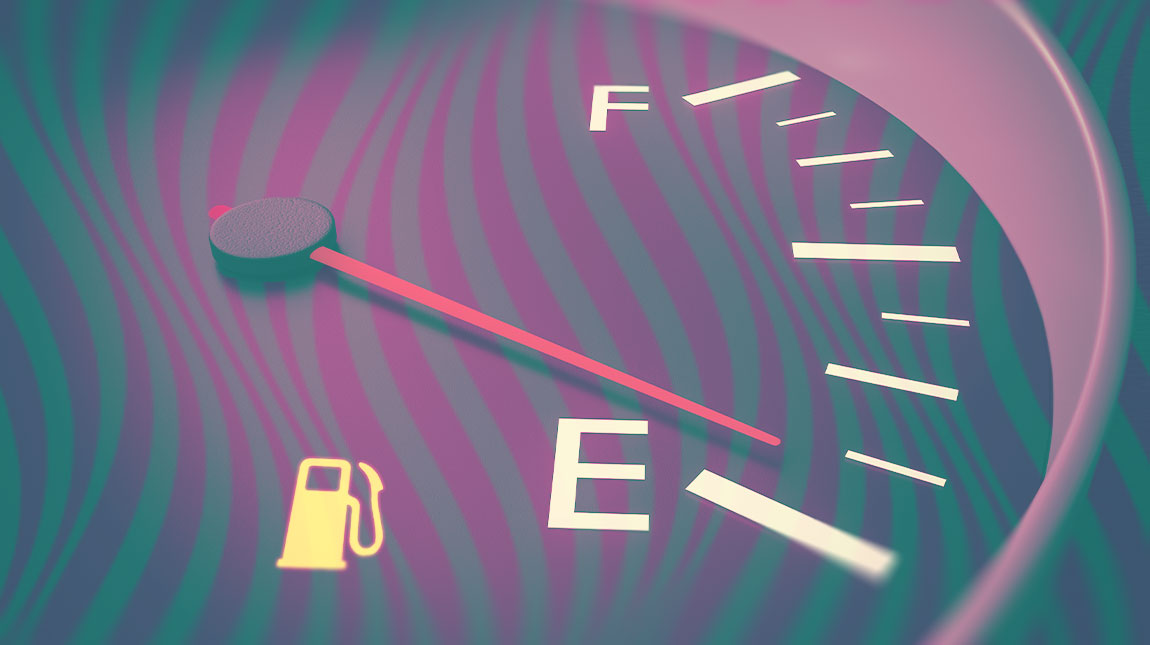 If you are passionate about your ministry vision, it’s wise to work hard. College ministry is no place for slackers.

Steve Murrell said it well, “If you want an easy job, don’t do ministry.”

This truth should be taken to heart by all those considering stepping into full time ministry, and is a daily reality for those already serving in ministry.

Yet, as we work hard, we also need wisdom to pace ourselves for the long haul. The Kingdom would be better served to have you ministering for decades at a sustainable pace than pushing yourself too hard and burning out in a few years.

You Can’t Get Far on Empty

A few winters ago, I ran out of fuel — literally. The house we were renting at the time was heated by oil. Unlike heating systems run by gas or electric, oil had to be purchased in advance and stored in a tank at our house, where it was then used to heat the house. I had reasoned that since we were midway through the month of April we likely wouldn’t need much more heat this year. After all, winter had officially ended two weeks before.

Well, wouldn’t you know the temperature took a dip that week and just as we were preparing to go to bed one evening, my wife told me that the heater wasn’t working. This was not what I wanted to hear. After trying to assess the source of the problem (and fix it quickly), I realized we had run out of oil. So there we were, left with no heat on a night when the temperature dropped below freezing. In the end, though it wasn’t the most comfortable night of sleep, we all survived. But it did get me thinking I need to allow for more oil reserves, even near the end of the season.

If we aren’t careful we can do the same kind of thing in our ministry work. We can push too hard for too long, without resting and refilling our mental, emotional and spiritual reserves and find ourselves running on empty. Then, when something doesn’t go just like we planned, we can find ourselves in a bad place, struggling to honor our commitments. We need to pace ourselves!

Lean In During Crucial Seasons of Ministry

In many kinds of work there are time periods during the year that require greater attention and activity than others; there are seasons that require a different pace. Ministry leaders need to recognize these seasons and devote the necessary time and energy accordingly.

In The Fuel and The Flame, Steve Shadrach applies this principle to college student ministry. He notes that “the first thirty days . . . can make or break you for the school year.” Proverbs 10:5 also addresses this need for increased work during some seasons: “He who gathers crops in summer is a wise son, but he who sleeps during harvest is a disgraceful son.”

Here’s the problem. If you’re like me, the sense of urgency to reach others with the gospel is a constant. It’s unceasing. It doesn’t turn off at the end of the “work week.” It doesn’t end after I turn the page on a calendar.

That first thirty days of pushing at 110% can easily turn into months or even years of grinding. Just as I finish one key event, there is another thing to schedule, plan, or prepare for. There have been times when I’ve allowed this to go on for longer periods of time than I probably should have. Pushing at an unsustainable pace can be maintained for a while, but eventually your effectiveness suffers.

I’ve learned that if I’m not careful I can end up underestimating how much fuel is left in the tank and “run out of gas.” Though I’m still full of vision and a hard worker, I’ve tried to learn how to pace myself a little bit better.

Here are a few ideas to consider as you work on maintaining or returning to a sustainable pace:

There are times to push forward, but there are other needs to be balanced as well to go the distance. In the long run, I think this approach actually benefits everyone. When I’m not running on fumes, I’m a happier person, a better husband, and a healthier, more effective leader.