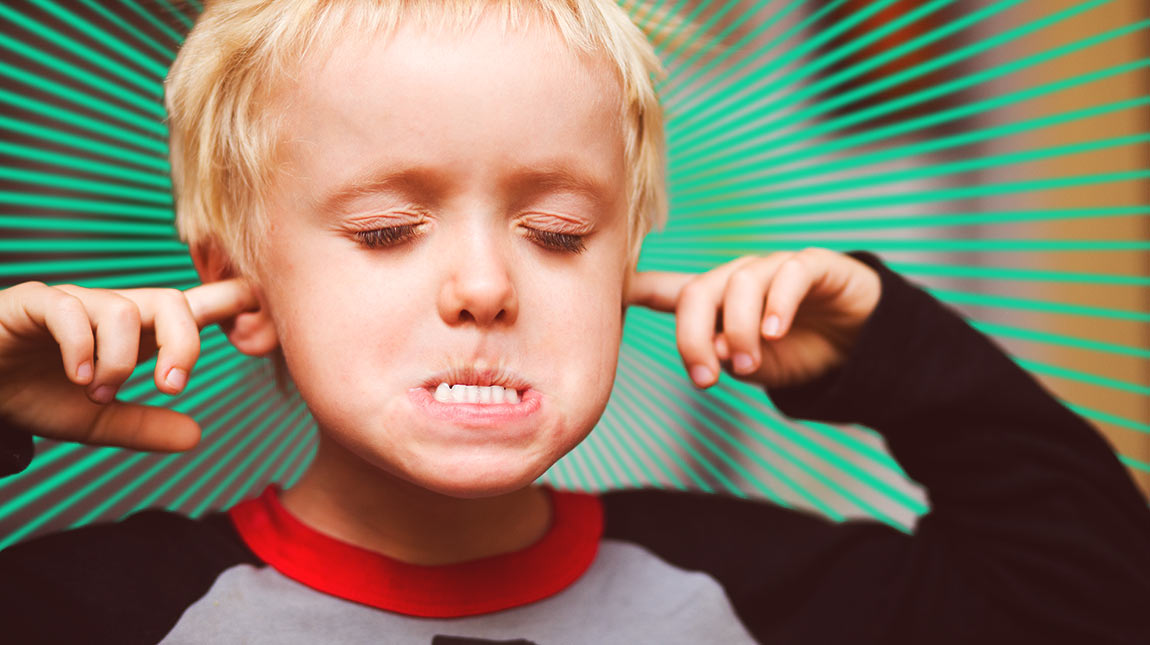 If you’re attempting to make disciples among college students, you have an enemy who wants to discourage and distract you from the mission to which God has called you. If he can cripple you with doubts, fears, and excuses, the ministry will be hindered. Remember, this is a battle for the souls of students. We can’t afford to waste time with the mind games of the enemy. Here are three, of many, lies that I have fought regularly, along with some encouragement the Lord has given me related to each one.

Here’s the deal: you have exactly enough to do what God has called you to do.

Whether your ministry has five students or five hundred, whether you’re fully funded with ten staff members or you’re part-time with ten other hats to wear besides leading the college ministry, you have exactly what you need to do what God wants.

This lie, if believed, is actually an insult to God. God in His providence has chosen to put you where you are, and he has given you what you have.

“Do not be deceived, my beloved brothers. Every good gift and every perfect gift is from above, coming down from the Father of lights with whom there is no variation or shadow due to change. Of his own will he brought us forth by the word of truth, that we should be a kind of firstfruits of his creatures.” (James 1:16–18)

Any blessing you have is a gift from God.

You have a responsibility to aggressively multiply what God has given you. Remember the parable of the talents? Both faithful servants received a different amount of talents, and both multiplied what the master gave them. The master was equally pleased with both! The point was not how much they were given, but what they did with what they were given.

If you hide behind the “we don’t have enough” lie, you’re in danger of acting like the wicked servant. Never make excuses and refuse to take risks to multiply your impact with the little the Master has entrusted to you. Don’t be that guy who buries what he has in the dirt (Matthew 25:14–30; Luke 19:12–28).

Let’s be clear: I believe we should all be seeking God for more kingdom impact and even ask Him for specific blessings. James 4:2 says, “You do not have, because you do not ask.” We also can’t hide behind “I’m just being faithful” as an excuse for laziness or fear.

Here’s a good question to ask yourself, “If God chooses not to bless me with more right now, will I still aggressively attempt to multiply what He has given me?”

We need to be the biggest or “the best” ministry on campus to really matter.

Here’s a question for you if you struggle with this one (if not, congrats! You’re a better person than I am): Who said your ministry needed to be the largest or even “the best” at anything?

I’ve heard campus ministers talk about different ministries on campus and basically say things like, “That large ministry on campus…they’re great at evangelism and bringing people into the group, but dude, they’re bad at discipleship. It’s kind of like youth group, part two.” Or, “They may be growing deep in their faith, but they don’t share the gospel nearly as often as we do. It’s a bummer they don’t have a heart for the lost.”

It’s good to recognize the distinctions and strengths among different ministries on campus. My question is, are such statements motivated by competition?  If so, I believe it grieves the Lord.

Here’s a test: How do you feel when another ministry on campus has a big win, like a successful outreach event? Do you rejoice with them, or do you say, “We’ll see if those were true conversions”? We should strive to rejoice over whatever God wants to do on campuses through whomever he chooses. Our attitudes should be like the apostle Paul’s:

“But what does it matter? The important thing is that in every way, whether from false motives or true, Christ is preached. And because of this I rejoice. Yes, and I will continue to rejoice” (Philippians 1:18).

Don’t let yourself fall into the trap of competition and comparison.

Yes, you are different than the other ministries on campus, and that’s a great thing! Your ministry is the only one that can fulfill your kingdom role. That doesn’t mean you must be “the best” at anything. Focus on how God will test your work on the day of judgment. Check out 1 Corinthians 3:5-15.

YOUR ministry is the only one that can fulfill YOUR kingdom role.

God uses all kinds of ministries to reach all types of people. I see every campus like a “city within a city” that could use a ton more gospel ministry. Missiologists and church leaders are passionately sharing about the need for hundreds of new church plants in our major cities if we hope to increase the percentage of Christ-followers. In a similar way, most college campuses and churches need new ministries and missional communities planted to more fully reach college students.

The average college campus in America is less than five percent reached. I’ve discovered that even campuses with large, healthy ministries involving hundreds of students have thousands of lost students who don’t have a relationship with a single a Christ-follower. Your ministry can go make disciples among those people!

You are “the best” ministry for the students God has called you to reach. Go do it!

“We aren’t really making a difference.”

It’s easy to believe you’re making a difference when the student across the coffee shop table bursts into tears and decides to repent of their sin and trust Jesus on the spot.  Or when the new believers and freshman are making s’mores while singing the latest Hillsong United song around the campfire at fall retreat.

What about those days, weeks, or months when things are just “meh”?

What about when attendance is down or when no one is making decisions to accept Jesus?

What about when that student leader who had so much potential decided to join the larger, “cooler” ministry on campus?

What about when that new believer you’re trying to follow up with forgets about your discipleship meeting again?

What do you do?

“Therefore, my dear brothers and sisters, stand firm. Let nothing move you. Always give yourselves fully to the work of the Lord, because you know that your labor in the Lord is not in vain” (1 Corinthians 15:58).

“Let us not become weary in doing good, for at the proper time we will reap a harvest if we do not give up” (Galatians 6:9).

The bulk of your kingdom impact may never be known until you stand before Jesus. I’m glad God, in his grace, does allow us to see some visible external fruit. If I’m reading the above verses correctly, the real breakthroughs in fruitfulness often happen when we’re tempted to “give up” or believe they’re “in vain,” but we keep going and keep sowing.

I believe when Jesus said, “The harvest is plentiful, but the laborers are few” (Matthew 9:27), he meant it. Not everyone you seek to minister to will be interested. We must sow broadly to find those God has already prepared.

I often struggle with doubts, fears, and depressing thoughts as I’m driving to campus for an evangelism or outreach event. Usually, one of these lies and more start to barrage my mind. In those moments of battle, I’m so grateful for the spiritual discipline of Scripture memory. The Holy Spirit has been faithful to remind me of verses I’ve memorized to help fight off these lies.

A common lie I hear is, “This outreach initiative you’re about to attempt on campus won’t really make a difference.” One verse God used to encourage me is what Jesus said to the apostle Paul in a dream one night: “For I am with you, and no one is going to attack and harm you, because I have many people in this city” (Acts 18:10).

In that moment, it was as if God was whispering to me, “I have many people on this campus.” In that moment, I had a surge of faith and joy. As collegiate missionaries, we get the privilege of finding those in whom God is already at work and helping them take their next step as disciples of Christ.

John Worcester came to Christ in college. He attended one college ministry meeting and was impressed with the sincerity of the environment and testimonies. The staff leader gave him a simple gospel booklet to read. My father went to his room that night and read the booklet over and over (six times) until he finally thought to himself, “If this is real, then it’s the most amazing thing I’ve ever heard.”

He prayed the suggested prayer at the end of the booklet, and Jesus radically saved and began changing him on the spot! He hardly got involved with the campus ministry at all that semester, but he read the New Testament twice the first month before he left for summer. As a two-month-old Christian, he went back to his hometown and began sharing Christ with his friends. Several came to Christ, and he started a Bible study that grew to about thirty students before he was even attending a local church. It was almost like he planted a church before even attending a church!

He transferred to a different university that following summer and plugged into a college ministry there. Since then, God has taken him on a journey all over the world planting churches and training others to do the same. These churches and their offspring have over twenty thousand people in regular attendance.

I wonder if the campus minister who simply answered a few questions after a meeting and gave my dad that gospel booklet ever knew what happened to that crazy sophomore John Worcester. I’m not sure, but I know he will someday! I can imagine that, in heaven, the thousands of people who have been reached through my father’s church plants will plan a party to celebrate the faithfulness of that one campus minister. Maybe I will try and plan it when I get there? There should be plenty of time to pull it off.

Your investment in college students matters more than you will ever know on this side of eternity!

Which one of these lies do you struggle with the most?

What helps you combat the lies? Maybe we can help each other out by pointing to Scripture or principles that have helped us along the way.

What other lies do you struggle with?