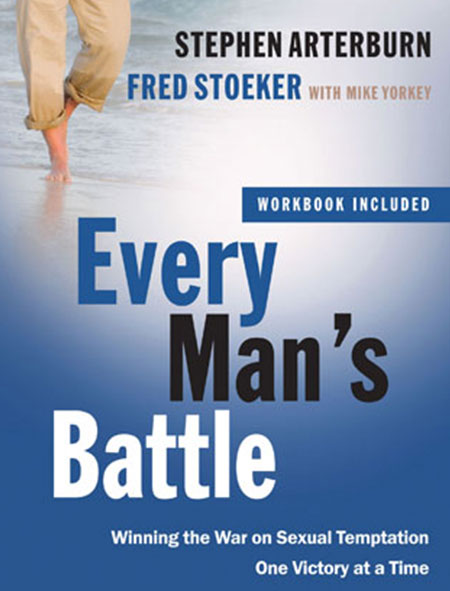 American men are in a tough position. They live in a culture awash with sensual images available 24 hours a day through a variety of media. It is virtually impossible to avoid such temptations, but, thankfully, not impossible to rise above them.

Stephen Arterburn and Fred Stoeker effectively shatter the perception that men are unable to control their roving eyes or put a brake on their thought lives. Every Man’s Battle shares the stories of dozens who have escaped the trap of immorality, and offers a practical, detailed plan for any man who wants to realign his eyes, mind, and heart with the God-given standard. It’s mandatory reading for men who have fallen in the past, and who want to overcome temptation now and in the future.

Written in a brother-to-brother style, Every Man’s Battle also includes sections for women, designed to help them understand, empathize with, and support the men they love.