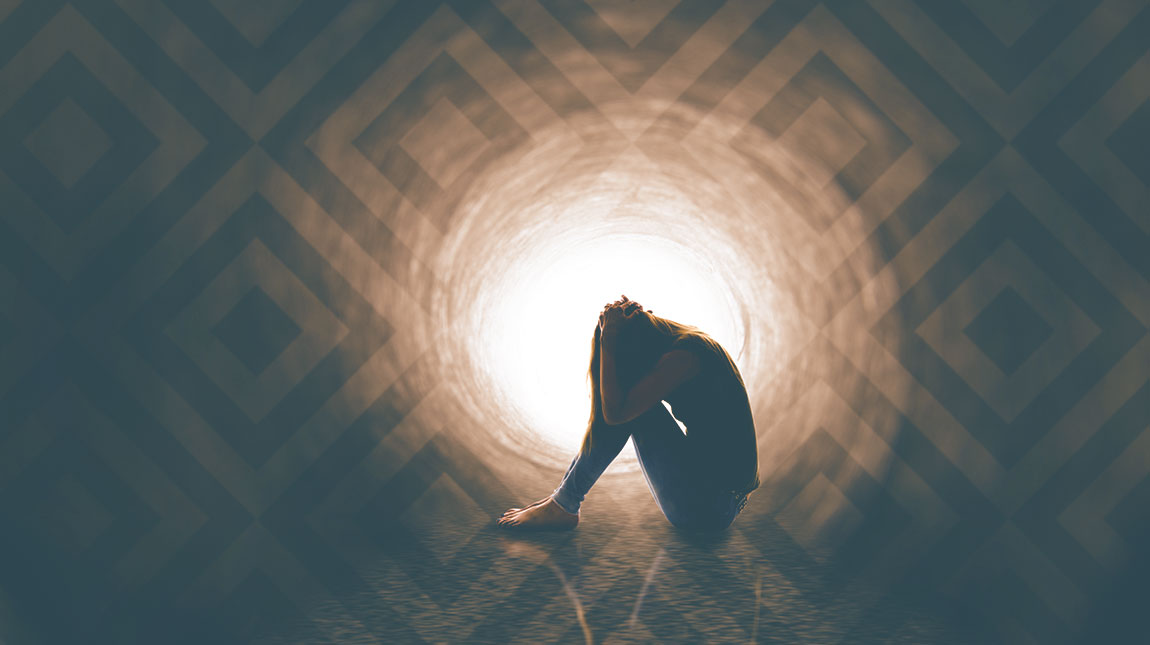 Ministering from the Messiness of Suffering

There are different kinds of sick people.

Some people are good sick people, and they just sleep until they feel better.

Some people are reckless sick people who just keep going through their day infecting everyone else.

But when I was younger, I was a weepy sick person.

I would get to a point where I just couldn’t take feeling sickly anymore and would just start crying while saying, “I’m suffering” over and over again.

It was kind of pathetic.

I would like to think I have grown out of that stage for the most part, but now looking back I can’t help but feel sorry for my whole family that had to endure what I deemed as “suffering.”

As we grow, our definition of suffering expands, shapes, changes, and becomes more life like.

It is no longer just a measly stomach bug that fits into that category, (although they are still awful) but things that begin to alter life as we know it.

James, in describing suffering, says we should count it all joy when we face trials of various kinds. “Various” meaning: a loved one gets diagnosed with cancer, suffering from depression and anxiety, a miscarriage, having a job taken from you whether it be a fault of your own or not, losing your biggest financial supporters, walking through the death of a parent or a friend, and the list could go on and on. Suffering takes on all kinds of forms.

Also, as we grow we experience suffering.

It isn’t just a maybe that we will, everyone will.

It is a part of living in a broken world, but even more than that it’s a part of being a follower of Christ.

Jesus knew this and warned the crowds of it in His famous sermon.

In Matthew 7:24-27, Jesus talks of two houses. One built on rock and one built on sand, one applying the Word and one not applying.

But the thing that is similar for both is that the storm came for both houses.

There is no getting around it, and the sooner we embrace it the more growth will come from it.

Don’t get me wrong, no matter what the person’s occupation, suffering will gut punch you and cause you to lose your breath. Yet for the campus ministers, pastors, missionaries, etc. things get tricky.

Because our job every day is to tell people God is good, He is faithful, and we love Him.

But I have learned first hand, there are many days in the midst of suffering when you just don’t feel that way.

You may instead think…

I don’t want to lie to the girl I am talking to, but I also don’t want her to be turned away from the gospel because of how hard my life is right now.

I don’t want to hear about this freshmen breaking up with her boyfriend while it feels like my world is breaking in half.

I don’t want to make her feel uncomfortable by oversharing.

I don’t want to cry in front of this freshmen who I barely know because then she is going to think I’m crazy.

I have had all these thoughts, and many more.

So how do we handle the tension?

Pretty soon after I became a campus minister, my mom began her second fight with cancer.

Except this time she didn’t win. It was a long and hard battle and full of ups and downs. It has been a little over a year since we lost her. And I stayed on staff and stayed on the college campus throughout.

I did a lot of things poorly during the time of my mom being sick, but there are a few things I learned along the way and a million things Jesus revealed to me in the midst of it all.

One of the biggest things I learned is that Jesus wants to and is able to make us extremely effective in the midst of our suffering if we are willing to just lean in.

To pull it out of the clouds and make it practical, I am going to give four ways I learned to lean in. Everyone suffers and grieves differently, but the good news is that God’s Word doesn’t have disclaimers or boundaries on who or when it influences. It does however speak to us even in this.

If we are going to minister in the midst of suffering we must lean into authenticity.

This is such a fine line that I know every campus or church staff is walking constantly, “How much is too much to share?”

For awhile when my mom was sick, I kept it all from students until I just couldn’t anymore. I remember a night when I was supposed to go to the movies with my girls and my mom had just gotten a bad scan back. They barged into my house to pick me up and found me in a puddle of tears. They left, but came back with cookies and ice cream and sat with me as I processed and prayed.

One of my girls who I lead would say it was one of the most impactful things that she learned from me, even though I wasn’t even trying to teach. She said she saw what it was like to be sad yet hold fast to Christ.

The people we are ministering to, all of them, will go through something hard one day. They will lose parents, spouses, and maybe even children.

If I am going to try to teach them everything else from God’s Word, I can’t ignore the suffering part.

When I embrace authenticity and let my students into my suffering, they get a true picture (even if it is messy) of how to follow Jesus when things are really hard.

On the other hand, I also had to learn how to lean into boundaries.

This was a hard pill to swallow for me, mostly for my own pride.

If you are suffering, no matter what the trial is, it is okay to not be at full capacity.

I will say it again, IT IS OKAY TO NOT BE AT FULL CAPACITY.

No one else expects you to be, and so it is helpful to take a deep breath and realize that more than likely the pressure you are putting on yourself is actually self inflicted.

Jesus so sweetly reminds us that we are to come to Him, all who are heavy laden, and He will give us rest (Matthew 11:28).

This promise isn’t just meant for trials, but I sure needed it in the trial.

If you are having a hard day, cancel the appointment and pray.

Decide with your boss what a good work load is during this season and stick to it even if it is hard.

You have to give yourself time to grieve and heal.

As I was learning to lean into boundaries, I was also realizing that I had to lean into letting others lead as I took time to heal.

God gives us the Body of Christ for so many reasons, but especially in this.

In trials, even though we may be a hand, we may need to put a cast on and allow the other hand to take over.

So give away responsibility and accept help when it comes.

Be willing to ask for someone to take something off of your plate or to step in and take over some of your daily tasks.

One of the best ways I have seen this is giving my students a chance to lead.

I will never forget when one of my girls told me, “Do what you need to do, Cat. I’ll keep going here.”

This is the beauty in multiplying our lives; we can lean into letting others lead.

Finally, the one that seems the most obvious is that we must lean into God.

We serve the God who created the entire universe, who is sovereign over every soul, and who is intentional to know all that we need.

He doesn’t need us.

Let that bring freedom as you remember who He is.

He is in control, not only of your trial, but also of your ministry during this season.

Lean into authenticity, boundaries, others, but most of all lean into the One who can carry it all when we can’t.