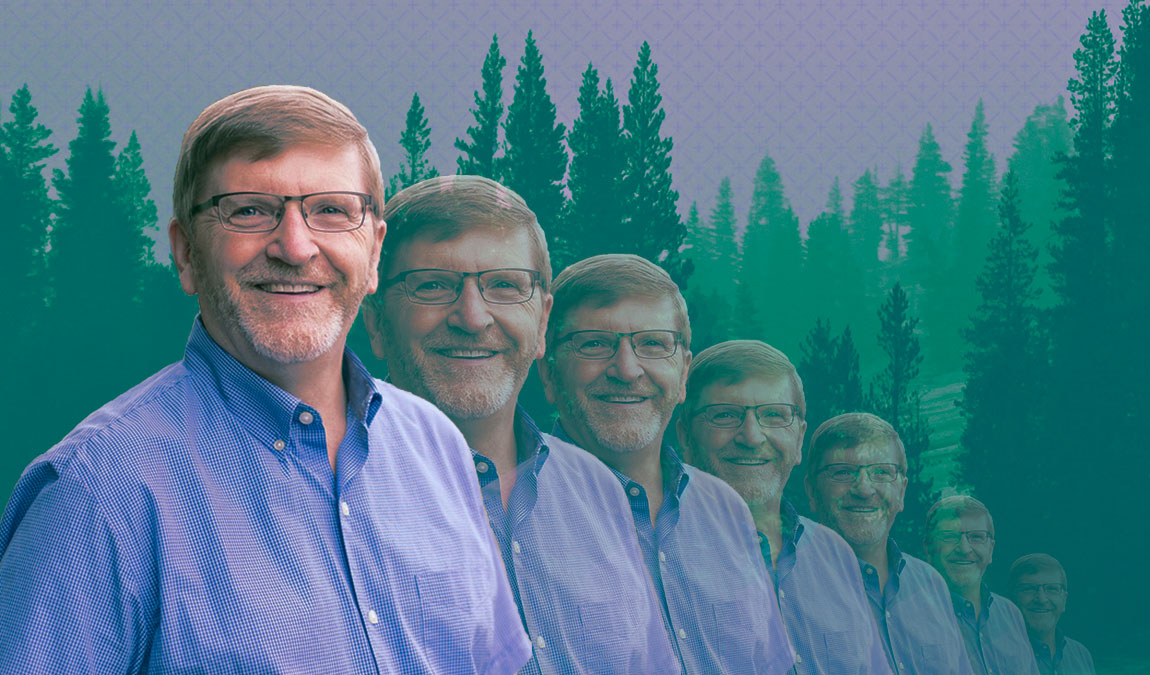 “Brady Bobbink has probably discipled more university students than anyone in history. Understanding that the secular university is the most strategic mission field in the world, Brady has resisted the temptation to “move on to bigger things,” staying at Western Washington University, transforming the university, the marketplace and the world. His impact on university ministry worldwide is veritable and deeply appreciated.” –E. Scott Martin

How long have you been at Western Washington University?

A group of us, all students and young believers, started the college ministry in the spring of 1972. I graduated at the end of fall quarter in 1973 with a BA in Secondary Ed. and returned in the end of winter quarter of 1974 as a campus minister.

I’m in my 44th year in a paid role, and 46 years if you take in the student years. I’ve been with the ministry my entire adult life.

What prompted you to become a missionary to that campus?

After I graduated from WWU with my Secondary Education degree, I had a very unexpected encounter with the Lord.

I worked late nights in my janitor business. Over three nights as I was driving alone, the Lord was very present to me. The third night, this mental picture came to me of Western all lit up on the hill it sits on overlooking Bellingham.

Then Jesus’ words about “a city on a hill could not be hidden” entered my mind and left me with the question to the Lord, “Do you want me to go back to Western?” It was an idea I had never thought of doing.

I wasn’t raised with much church background. I didn’t even know about seminary. I was just a Jesus person. I was planning on teaching. I was going to bring people to faith through teaching.

The Lord said yes to my question. I had a deep sense of peace at that moment. But how does one go back? I told the Lord, “If You open the door, I will go back.”

The following Sunday I was invited to visit a church I had never attended. Following the service, the pastor (Richard Ellison), whom up to that time I had not met, asked me out for a burger. He was aware of the campus work and my involvement.

Pastor Ellison shared with me that the Lord had put me on his heart a couple of weeks earlier, and he had gone to his board and received permission to approach me to see if I was interested in returning to campus and if so the church (Hillcrest Chapel—a church of about twenty members at that time) would be willing to help make my going back possible.

So I became the Wednesday night service teacher, and an offering was taken to help me be a campus missionary. I went back that spring term.

What are some of the keys to your longevity?

How many students would you estimate have passed through the Chi Alpha ministry since you have been there?

What a difficult and bothersome question. Why do we count? I think the main reason we count is because it’s how we can measure influence and report success.

Counting can validate us to those we report to or who support us, but it also tempts us to see our value and impact simply in terms of numbers. This can corrupt both how we do ministry and why we stick with it or move on.

My guesstimate is upwards of seven thousand individual students have passed through the ministry, whether we had them for a year or five years.

Historically our small mentoring (discipleship) groups have had more participants than our large group, so maybe more than that. But if I take all those who have been influenced by our students and staff, then I have no idea. Only the Lord knows. A drop in the large bucket of humanity, but a rather happy influential drop.

How many students would you estimate have been discipled through the ministry at WWU?

We probably have had a couple thousand small group leaders we have discipled intentionally.

The people who have left here who have made disciples and those disciples have gone and made disciples. We are four or five generations deep. We have children of CCFers come here and next year one of my grandkids may be here.

The philosophy of ministry is more important than guessing our impact. I can never know my lasting impact, I just need to be faithful to His commission in my life.

How many Chi Alpha missionaries would you estimate have come from the ministry at WWU?

I know that 139 have come out of the internship (the great majority having done their undergrad at WWU) who served in campus ministry at least three to five years stateside, or in my case a whole lifetime.

We have at least eight who were first generation leaders who didn’t go through the internship and preceded our joining Chi Alpha.

Overseas missionaries focused on university students would probably add another ten to fifteen who served multiple years. Some of them are now long term missionaries to the universities of the world.

How many other missionaries?

We think every student is a missionary, but then we contradict ourselves because sometimes we talk about people who do it as a paid role in the world, as a career, for lack of a better word.

How many are career missionaries? Then we’re probably talking about forty if you count the Chi Alpha folks mentioned above. But if you’re talking about people who are pastors, church planters, or teaching English out of culture, then the number would be significantly higher.

But if you talk about people engaged in the marketplace, the public schools, and government who are living out their lives as Jesus-followers and sharing their faith intentionally—then it’s thousands. It’s all about how you define a missionary.

If you could lend any wisdom or advice to those in campus ministry today, what would it be?

Do the good and hard work of being a plodding faithful mentor. Major on the lasting transferable qualities of being a Jesus-follower. We are just a moment in people’s lives, but what we do has to clearly last.

What are the foundational and fundamental things students need to be a disciple and make disciples?

What do I think are the truly important things to do? Figure those out, and then do those with most of my time.

Over the years, I have given away many of my foundational and favorite roles so other people can grow in them and a new generation can step up and grow up in the Lord.

Read! Read! Read! Read broadly from the Scripture, commentaries, histories, spiritual life, and books that press out your leadership abilities. Leaders are readers.

Learn to discern and laugh at absurd ideas.