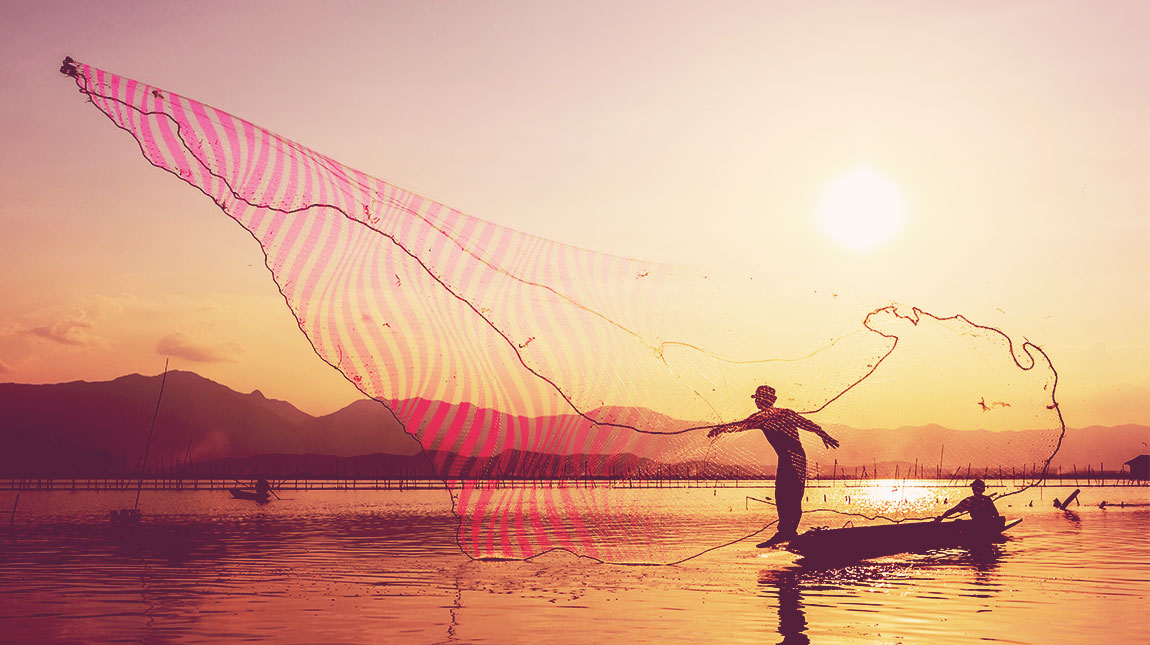 A few years ago, I had the realization that sales, especially medical sales, and being a laborer for Christ has many of the same job descriptions. I was talking to a guy who worked for a medical sales company that developed a product that helps burn victims who need a skin transplant. This product could save the life of a patient with a severe burn. There is no doubt it’s a great product that every doctor should use.

But not every doctor with burn victim patients is using it. It takes a medical sales person to actually go into the doctor’s office and sell it to the doctor face-to-face. It seems like every doctor would automatically start using it once the product was released on the market, but that’s not the case. Why!? Sometimes they don’t even know about it. Doctors are busy, and don’t have time to research new products. They need someone to explain the product, its effectiveness and all the benefits their practice and patients will gain from using it…and even then, it’s still not a guarantee they will use it.

Medical sales is a lot like being a laborer for Christ. We have a product, Jesus Christ, that we’re always recruiting to. As long as we are laboring for Christ, whether now or fifty years from now, we’re recruiting people towards knowing Christ as their Lord and Savior, whether it’s through church, a one-on-one meeting, Bible study, large group meeting, winter conference, etc. We know it is ultimately up to God to move in people’s hearts, but he graciously allows us to be a part of the greatest mission anyone could ever live for!

Medical sales people spend days and weeks in training learning how to connect with doctors and nurses more effectively, how to better present their product, and how to become more efficient with the limited amount of time they have with doctors as they walk the halls of hospitals! If the world is putting in this much effort for a product that cares for physical needs, how much more effort should we put into something that takes care of their eternity!

The answer is yes almost every time, and sadly it takes the thought of getting a million dollars to gain the confidence to recruit that hard. It shouldn’t be like that. I shudder at the thought of being the reason a person didn’t get to hear the gospel that night because I didn’t recruit him or her well. Maybe I didn’t even extend an invitation. Maybe I didn’t recruit confidently or with urgency or take the time to listen to his or her needs. A popular author said that recruiting is 80 percent attitude and 20 percent aptitude. I try to have the attitude that someone’s soul is on the line…because it is!

If there’s anyone we should look up to and learn from about recruiting, it’s the ultimate recruiter: Jesus Christ. Whenever we look at the calling of the disciples, we see Jesus say, “Come follow me, and I’ll make you fishers of men.” And then they immediately dropped their nets and followed him! Wow, if it was only that easy! We’re obviously not Jesus so we’ll never have that much authority, but here are five things we can learn from him:

It’s often a temptation of mine to not recruit confidently and say things like, “Maybe you could come to this Bible study if you have nothing better to do.” That’s not how Jesus recruited, though. He asked these guys to give up their jobs and livelihoods to come follow him, and he said it like it was the best thing for them to do…because it was! We have to believe that when we recruit people to an event or one-on-one or a conference, it is the best thing they could be doing with their time…because it probably is!

Knowing your purpose and having confidence go hand in hand. Jesus said that he “came to seek and to save what was lost,” and he knew that calling these guys to be his disciples was a part of that plan. We should have the same purpose—“to seek and to save what was lost.” The more you know your purpose in recruiting—like seeing people come into a relationship with their Creator—the easier it is to have confidence and the easier it is to know in your heart that you really are recruiting them to the best thing for them. A purpose gives you more freedom to invite that eleventh person after the previous ten said they couldn’t come or maybe to keep recruiting a person who at first said, “no”.

In Luke 5, you see what happened right before Jesus called the first disciples. He performed a miracle by filling fishermen’s nets with fish when they hadn’t caught a single thing all night. Once they saw the miracle, they had trust. We don’t perform miracles, but we can build trust in other ways.

Trust is vital in any friendship or relationship. Depending on what you’re recruiting to, it will take more or less trust. To get someone to come to a winter conference, it will take a little more trust than to get someone to come to your house for dinner. But, if you get someone to come over for dinner, you’ve added to the trust level, which will allow you to recruit them to more opportunities. In my experience, something as little as bumping into someone on campus and saying hi can build trust. I always try to put myself in situations (for me it’s the cafeterias, the student union, the gym, even walking on campus in between classes, etc.) where I can see someone and possibly have a short conversation. Other ways that build trust are speaking to a pledge class or getting guys into a small group Bible study or a leadership study.

Sometimes it’s easy to think that if someone wanted to come to ministry events, they would come. They’ve seen the Instagram or the group chat, so if they wanted to come they would come. It’s not true. We all want to be personally invited to the dinner that everyone is going to on Friday night. So, when it comes to recruiting to my event, I need to remind myself that everyone should get a personal invite from me, either in person, on the phone, or in a text. The more personal the better. I don’t want to ever assume that someone else invited them or even assume that they don’t really want to come. There have been times when I was shocked by a guy who ended up coming to something, and it was just because I personally invited him.

5.     Jesus recruited away from another option.

These guys were fishermen! We can assume that their dads were all fishermen and that was the plan for the rest of their lives as well. Jesus did not mind recruiting away from something else, and we shouldn’t either. We will always be recruiting away from another option. Yes, it’s easier to recruit when the other option is sitting in their room watching TV, but sometimes we will have to recruit against really fun things, like a ski trip. With either option we should recruit with the same confidence. A chance to start or grow in a relationship with their Creator will always be the better option!

Jesus was the ultimate recruiter. I think if we begin to recruit more like him, we will see more people we care about at the events we put on, which could ultimately lead more people to knowing and following Jesus. How awesome would that be?!

After recruiting for more than 10 years, I’ve learned some dos and don’ts. Here’s a short list:

No doubt there’s an art to recruiting—there’s more than one way to do it well. Everyone can have their own style. Sometimes it is better to give the soft ask, and sometimes you have to come on strong.

The more you do it, the more you will get a feel for things. At the end of the day, though, it comes down to one thing: your faith. Do you have the faith to actually pray for and take a risk to recruit that guy or girl to your event?