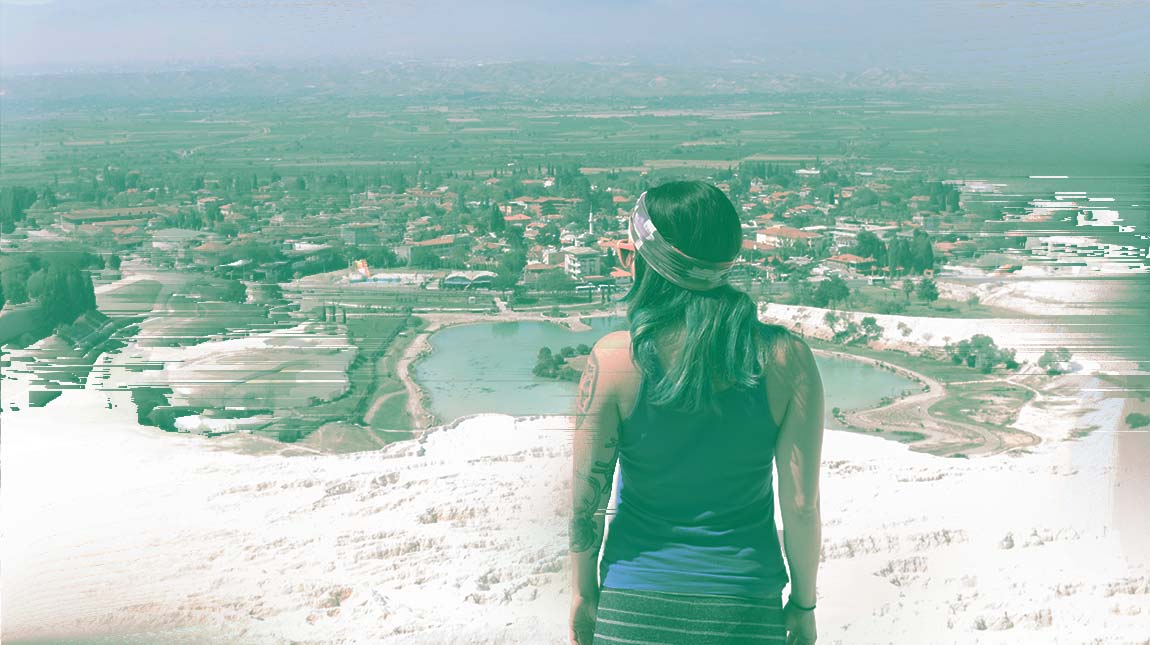 How did Jesus do missions?

Jesus was short-term. When we track Jesus’ ministry encounters recorded in the Gospels, we find very brief meetings with Him led to significant results. The meeting of the woman at the well resulted in a highly successful ministry time with the Samaritans in only two days (John 4:40). He turned the demoniac who hosted Legion into a missionary in a matter of minutes (Mark 5:1-20)! These are a couple examples of a highly fruitful ministry that elapsed in a very short amount of time.

Paul ministered long-term with a short-term mission philosophy. His longest stay was a little less than three years in Ephesus. Yet, arguably, Paul was one of the most fruitful missionaries of all time.

The book of Acts is filled with powerful short-term yet lasting mission experiences. Acts 8:26-40 records an important and effective short-term ministry encounter in Philip’s meeting with the Ethiopian eunuch.

Peter’s mission at Cornelius’ house was only a few days (Acts 10:48), but again, fruitful. Let there be no doubt; short-term missions can be effective and fruitful.

It’s not about the duration of the mission—it’s about the effectiveness to fulfill the task at hand.

How to Make a Long-Term Impact

When sending a short-term team, make a long-term commitment to the field or missionary you are working with. Ask the missionary host, but consider making a five-year commitment. Sending a team and individual short-term workers to the same missionary or field each year will greatly enhance the long-term effectiveness of your overall investment and ministry. Make a serious commitment to support the missionary through prayer and finance during this five-year commitment. Commit to send short-term teams each year. Don’t just take multiple global trips year after year to varying locations. Be strategic in where you will invest your teams and individuals.

Go where you are wanted and needed

Many times we select our mission based on trivial preferences. We may have studied the language, possess geographical intrigue or have a missionary acquaintance from the U.S. in the field and this becomes the mitigating factor for the decision to go. Although none of these are necessarily bad, they shouldn’t be the primary driver for where we will serve. Great short-term mission teams go where the strategic need is the greatest (not just a stateside-perceived need) and where they are wanted.

Have you ever asked, “Who are the least reached? Where is the need for the Gospel the greatest?” Do you consider the ministry goals of the host team you will be serving? Are you matching your team’s giftings and talents to the actual needs on the field? Is the host team really in need of a team right now? Frequently, thinking through these few questions can turn a trip that was going to consume the host team’s time with little advancement of what the Lord called them to do into an endeavor that really advances the Gospel strategically to the least reached. Go where your team is wanted and needed.

You must always approach short-term missions with the attitude that “it is not about me.” When a mission team has been given an invitation to come to a field they need to come with an attitude to serve. When I say serve, I mean you must be willing to do anything the host team asks of you with a good attitude. It might be door-to-door evangelism, befriending street kids, or running a big event. Jump in, die to self. Don’t have any agenda. Ask the missionaries about their mission and how your team can advance their ministry and vision. Plan your team’s training around your host missionaries’ responses. The missionaries are not there to serve you; you are there to serve the missionaries and the indigenous church. Go to serve.

Be adaptable and flexible

A close friend of mine who invested years of missionary service in Southeast Asia once told me, “Nothing ever goes the way you plan it in missions.” In my experience I have found a lot of truth in that statement. His basic concept was that you will do a lot of planning and preparation to implement something and then it will rain, the electricity will be shut off, or you will lose your permits minutes before your program begins—something occurs to throw a glitch in your plans.

Deeply embedded in my memory is a short-term mission trip I was a part of in Latin America. We prepared half a year for this trip, learning a very detailed thirty-minute full costume drama and learning scripture verses and songs in Spanish. On our final day of ministry, we planned for a big crescendo. The 70-member mission team gathered together at the train station to do our final presentation of our drama. As the team began to perform, a leprous woman and a young teenager of the streets approached us and began to mock and make obscene gestures. The drama presentation was ruined! We bailed and hopped right back into the bus. We weren’t able to adapt when things didn’t go the way we planned and little ministry occurred on our final day.

When things don’t go the way we envisioned them or planned, we must be adaptable and flexible. A strong team will be able to flow with changes without complaints and little trepidation.

Be a blessing and not a burden

Every team goes with the idea that they desire to bless the missionary and the indigenous Church. Not many teams accomplish this. A quality team is constantly processing throughout their mission how they can bless their hosts instead of burden them. Teams coming to the field need to learn to be low maintenance. Often times a team can become nonfunctional if the missionary is not present lending constant direction.

A quality team learns quickly how to do things for themselves (maneuver the transportation system, feed themselves, and learn quickly what it takes for effective ministry, etc). Teams with high demands as to food, accommodations, and sightseeing will become a burden to a missionary. Also, most missionaries can’t handle large teams. Ask your host what size team would best fit their needs. Large teams often leave members on the fringes of ministry where a smaller team ensures everyone participates in the mission.

While serving in Central Eurasia, in a restricted access country, we hosted six short-term teams. They all advanced our mission and cause. They did this because they were strategic in size, came to bless, and brought in unique giftings that furthered the purpose of our mission.

Each one of these teams brought in something special; something greatly needed in the field. The long-term missionaries could not have accomplished these events without the assistance and presence of these short-term teams. They were a blessing and not a burden.

Support is usually an ongoing struggle for missionaries in the field. Leave an offering with your host missionary or their work. Your team may have made a strong emotional attachment to a specific indigenous church or pastor and may want to give funds directly to them. This is ill-advised. The host missionary will know what to do better than anyone. Talk to your host missionary and give to or through them. A quality team will always leave a gift for the host team and their work. Maybe even find out what they need from the states and bring them something trendy, helpful, or encouraging they will appreciate.

Live by the statement: “not a complaining word among us”

Missionaries work extremely hard when they host a team. They are generally the first people up and the last to go to bed. This puts a lot of extraneous work on them and takes time away from their family and sometimes even away from their primary assignments. Your host missionary will always do their best to serve the team.

Nothing is more disheartening to a missionary than to hear complaints. How long things take, transportation, food, smells, beds, showers, toilets, and general set up will oftentimes grate on individuals and entire teams. This is missions, so don’t complain; you signed up for it. I have a zero tolerance level for complaining. I’ll generally give one pass to a person and then after that I have a return ticket for them. We don’t need locals becoming any more disillusioned with Americans by overhearing our ridicule of what they live with and appreciate daily.

While hosting a team, I had a young lady come barreling down the stairs declaring the bathroom set up “just won’t work.” Her attitude was wounding to our team of missionaries and the indigenous believers who had worked so hard to prepare things for her arrival. I offered her a flight back to the U. S. the next morning. She declined and her attitude corrected. A non-complaining team makes a great team.

As a receiver and a mobilizer of short-term missionaries and teams, I am fully persuaded of the potential of short-term teams to rapidly accelerate the spread of the Gospel around the globe.

Where have you taken summer mission trips in the past? Have you observed any long-term impact from your efforts?

What aspects of this article might you be able to implement to make your current summer mission plans more strategic in the long run?

Is it possible you may need to rethink your entire current summer mission strategy? A new location, a new partnership, a new format? What might prevent you from making big changes for the sake of making big impact?