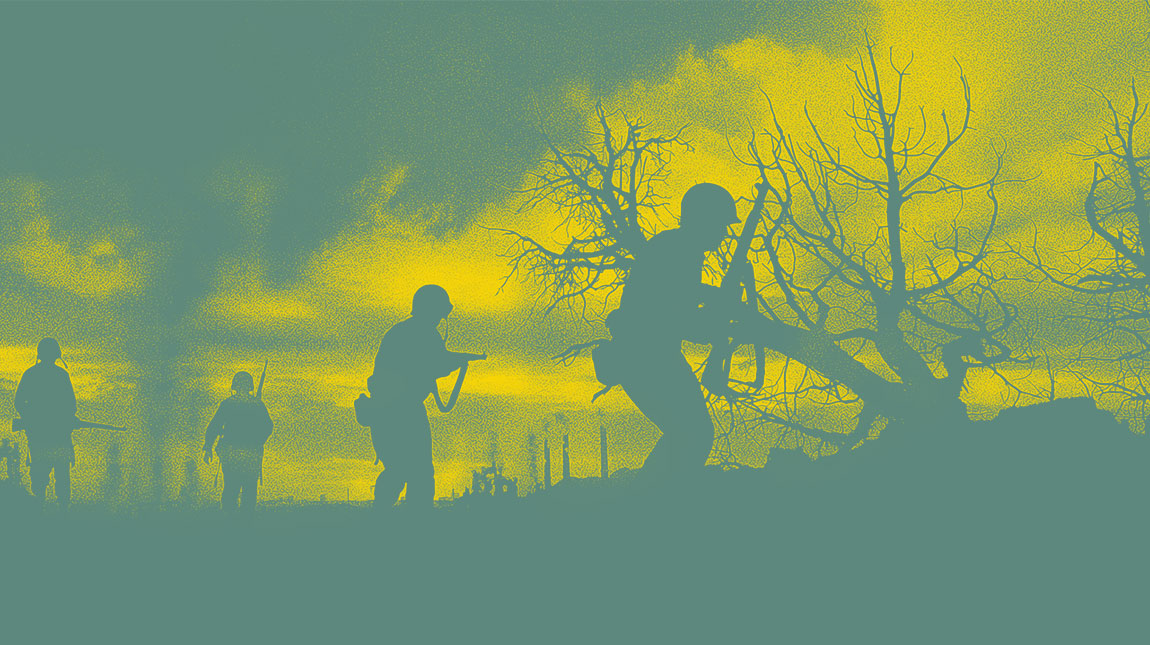 Evangelism: The Cutting Edge of Your Ministry

Now the year is 1944, and Hitler and his Nazi regime are threatening to take over all of Europe. The only hope to stop them appears to be the American soldiers gathered in England the night before, waiting for the go ahead to cross the English Channel for France. The British jails, though, were full of AWOL Americans who had refused to fight or had attempted suicide. The reason? Everyone knew full well the Nazis had spent the previous two years fortifying the Normandy beaches with machine gun bunkers, mines, and barbwire and that there would be many casualties. At dawn, when the American barges carrying our soldiers got near the shore, the large loading ramps dropped open for our men to swim and run to the battle, but instead they were instantly mowed down by the Germans. For hours the Americans either lay dead or paralyzed on the beaches, afraid to move into the line of constant Nazi gunfire. Some men were even laying in the fetal position, crying out for their mothers.

Finally, one shell-shocked officer mustered the courage to rally his terrified men. Colonel George Taylor stood up in the blood red water next to Normandy Beach and yelled to his ravaged unit, “Men, there are only two kinds of soldiers on this beach: those who are dead and those who will die. Now let’s move into the beach!” His vision and resolve galvanized his men, and for the next five hours they made their way up the hill, climbing over dead bodies all the way, at last creating a break through which the Allies could enter to win the battle and ultimately the war. It was a now-or-never decision: either they took the offensive or waited for their enemies to destroy them. Looking back, it may have been the decisive hour in all of World War II.

This may seem over dramatic, but just like those soldiers on that bloody June morning generations ago, we have a question to ask ourselves: “Am I going to stay in the water or advance to the beach where the battle is going on?” God grants us a brief window of opportunity to make our lives count. Will we waste it? Will we sit paralyzed? Will fear or distraction or apathy rob us of victory? Today may be the D-Day of your life as you wrestle with these questions that must be answered if we are going to go to the heart of the campus and implement an aggressive plan of reaching students for Christ.

It seems as if some Christians, though, would rather attack the Nazis with a squirt gun rather than do evangelism! The dreaded “E word” strikes fear into the hearts of many believers. The most exciting privilege the Lord Jesus has ever given us, to share our faith, can be the most terrifying for some believers. As scary as evangelism sounds, it is an essential beginning point for any person who wants to see students’ lives transformed. Your goal is not simply to rearrange Christians but to bring nonbelievers into the kingdom as a result of presenting the gospel and asking them to respond.

Reaching the Lost or Reorganizing Christians?

During one of my consulting stints I do for different ministries around the country, I met with a large group of denominational leaders who wished to launch campus ministries similar to the ones we had started. Not asked to prepare anything in advance, I had barely walked in the room of twelve men anxiously gathered around a conference table before the rapid-fire questioning began. Sensing where they were coming from, I interrupted and proposed, “What if we started out by me telling you the top ten mistakes I’ve made in starting college ministries?” As they eagerly took pen and pad in hand and waited in anticipation, I launched into number one: “The biggest mistake I’ve ever made in starting a campus ministry was trying to gather all the interested Christians together to launch the work, rather than starting from scratch and focusing on evangelism among non-Christians.”

I paused and glanced around, but no one wrote down a thing. Each man had a death stare fastened on me and dared not look at one another. There were several seconds of awkward silence, and I knew exactly why. As cruel as it seemed, I had punctured the very plan they had carefully laid out during the hours before I arrived. I tried to explain to this group that the DNA of any ministry is determined by how the original core is created and that if the beginning group was not won to Christ through their personal evangelism, they would never be able to expand the ministry through evangelism.

For the most part, we are and do what’s been modeled to us. The students in that campus ministry were simply going to go out and invite other Christians to their events, rather than penetrate into non-Christian circles with the gospel. Why? That’s how they were “won.” If those leaders sitting around that table were not willing to focus a year or two in consistent evangelism to lay the foundation for their long-term work, they would end up like so many other groups─just reorganizing and recruiting Christians to various activities for fun and fellowship. Having not received any consulting requests from them since that time tells me I may not have told them what they wanted to hear.

An Excerpt from The Fuel and the Flame
To order a copy, click here.