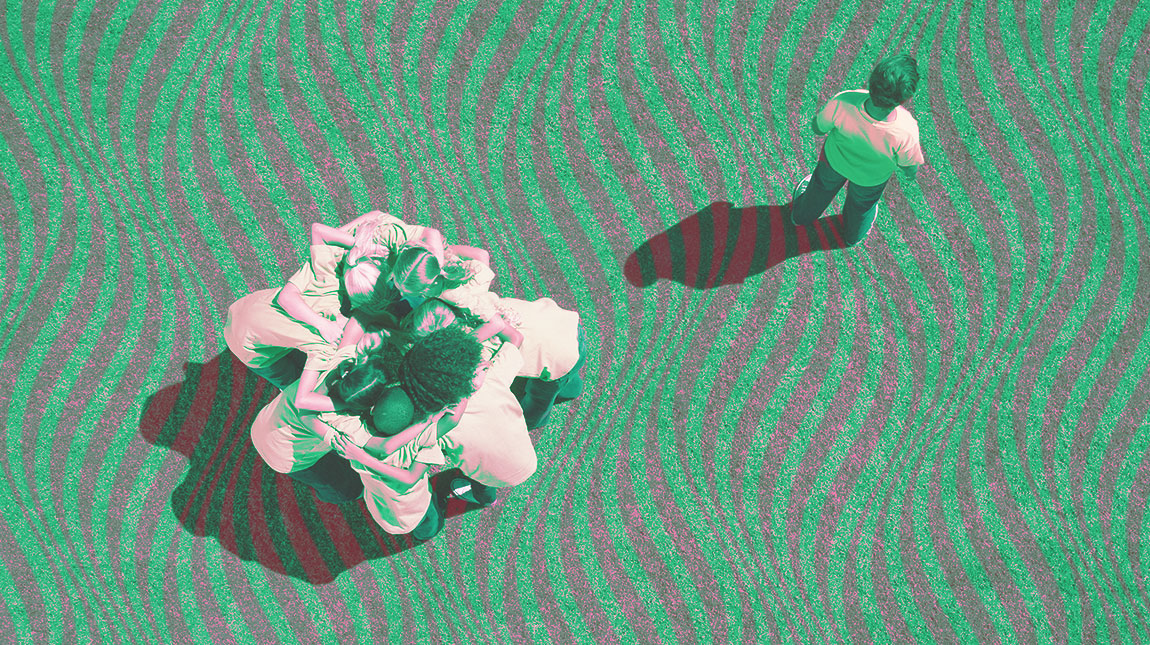 Christians can be a rather narrow, exclusive, even insecure lot.

It seems as if the longer people are Christians, the fewer non-believing friends they have.

Their goal each day, after having a morning quiet time, is to attempt to scurry through the day, flying from one Christian friend and activity to the next, hoping to make it home that night unscathed by the world!

It seems that apartment complexes, dorms, even fraternities are popping up in college towns across the nation that are for Christians only.

Maybe they haven’t come across Paul’s ministry approach in Romans 15:20 of “going where Christ is not named.”

It’s a simple concept. Even Star Trek fans understand we are to “boldly go where no man has gone before!”

“A ship in the harbor is safe, but that is not what ships are built for.” –William Shedd, missionary to Iran

For instance, why do you live where you live? Was it a decision made from strategy or comfort?

Many believers I know want to find a place where they can have their own bedroom, kitchen, amenities, and entertainment. They don’t want any hassles, inconveniences, rules…or heathens!

When I see this, I can’t help but think about Proverbs 18:1: “He who separates himself seeks his own desire.”

The point is that if you and I really are Great Commission Christians we’re going to set aside our petty agendas and fears and seek to live in the most strategic place possible.

Why? In order to impact students for Jesus Christ in the broadest and deepest way possible.

If I was trying to reach students in Austin, Texas, I wouldn’t want to live in Denver, right?

If I’m trying to give my life and the gospel to a particular floor of guys or fraternity house, why am I stuck in some townhouse miles from campus?

I promise you’ll never again get a chance to live in this close proximity with such a large and receptive group of people. Take advantage of it!

You’ll be living in apartments and houses the rest of your life, and if you can learn now how to walk with Christ and impact others for Him in the midst of a horde of lost students, you will have the raw materials to go and do it anywhere, anyplace, the rest of your life!

I lived in a fraternity house during my college years. Once I finished with school, I moved into a house next to campus with several guys I was discipling.

After I married my wife, we bought a nine bedroom, four bath house that backed up to fraternity row. We had four to seven guys and girls living and co-laboring with us each year as we sought to reach the campus. We built a table that could seat 16 comfortably, 24 if necessary, and it was always full of guests and us.

Jim Peterson of the Navigators says, “The most effective evangelism tool you’ll ever have is your dining room table.”

I have seen that truth replayed thousands of times as we have fed the body and then the soul with gospel sharing or Bible study sessions after almost every evening meal.

I don’t share all this to say you must have a giant house with a bunch of students living with you, but simply to live strategically!

Whether you’re single or married, a student or staff person, have a “kingdom reason” for living where you live.

Do whatever you can do to stand in the gap and insert your life into a group of non-believing students God has called you to reach.

One of my sons is moving into a dorm this fall (as a senior!) in order to rub shoulders every day with freshmen who are in desperate need of Christ.

And of course, our supreme model is Jesus, who didn’t just shout from heaven or visit us on weekends; God became a man and lived among us for 33 years.

So, how do we repent of our “holy huddle” propensities and aggressively embrace God’s grand scheme? Let’s unpack it scripturally first.

It’s obvious the Lord wants His name and His fame taken to every person and place on this planet. Right?

To accomplish this He actively seeks to scatter (and then gather) His people to every corner of the earth.

Thus, you could definitely say our God is a scattering and gathering God, and even though He has graciously invited us to join Him in this marvelous endeavor, we seem to be hesitant to say the least. Here are a few examples:

In Genesis 1 and 9 He commanded us to spread out across the planet and be fruitful and multiply.

Rather than obeying these commands, folks chose to cluster together, build a tower, and instead “make a name for themselves.”

So, in Genesis 11, the Lord had to forcefully confuse their languages and scatter them across the face of the earth.

In Matthew 28 and Acts 1 Jesus issued final commands to His followers to go and be His witnesses and disciple makers in all the nations, but they instead chose to stay holed up in safe and secure Jerusalem.

It wasn’t until persecution came (in Acts 8) that they finally were forced to obey the worldwide mandate the Master gave them.

But before we become too critical of the Genesis “Tower Builders” or the Acts “Room Huddlers,” let’s take a hard look at ourselves first. These commands were not just given to them, but to us as well.

As followers of Jesus, we too are given marching orders to spread out and take the gospel to every ethnic group on the planet.

The command is not just given to the general body of Christ, but to each of us individually. How have we done?

If we elect to ignore or blatantly disobey these exact same commands, will God have no choice but to forcefully scatter us to the nations like He did in Old and New Testament times?

Let’s forsake our penchant for comfort, privacy, and “heathen-free” existence.

Let’s move from selfishness to selflessness by embracing the person and purposes of Jesus Christ.

How? By doing what He did—entering our world seeking to serve and save the lost.

Join other global Christians to take the gospel to every affinity group on earth out of obedience and strategicness.

Once you’ve scattered, then you’re positioned to join in His gathering strategy.

He is spending all of history carefully distributing His people among the nations. The final gathering place of course is around the throne, as described in Revelation 7:9.

This is the ultimate “holy huddle” and where the fruit of our scattering and gathering will be revealed.

If we chose to gather money, things, titles, power, fame, etc. instead of people it will be shown there.

But, if we dedicated our time, talent, and treasure to making sure every person that Jesus purchased on the cross with His blood is present and accounted for around the Lamb of God someday, that too will be revealed on the final day.