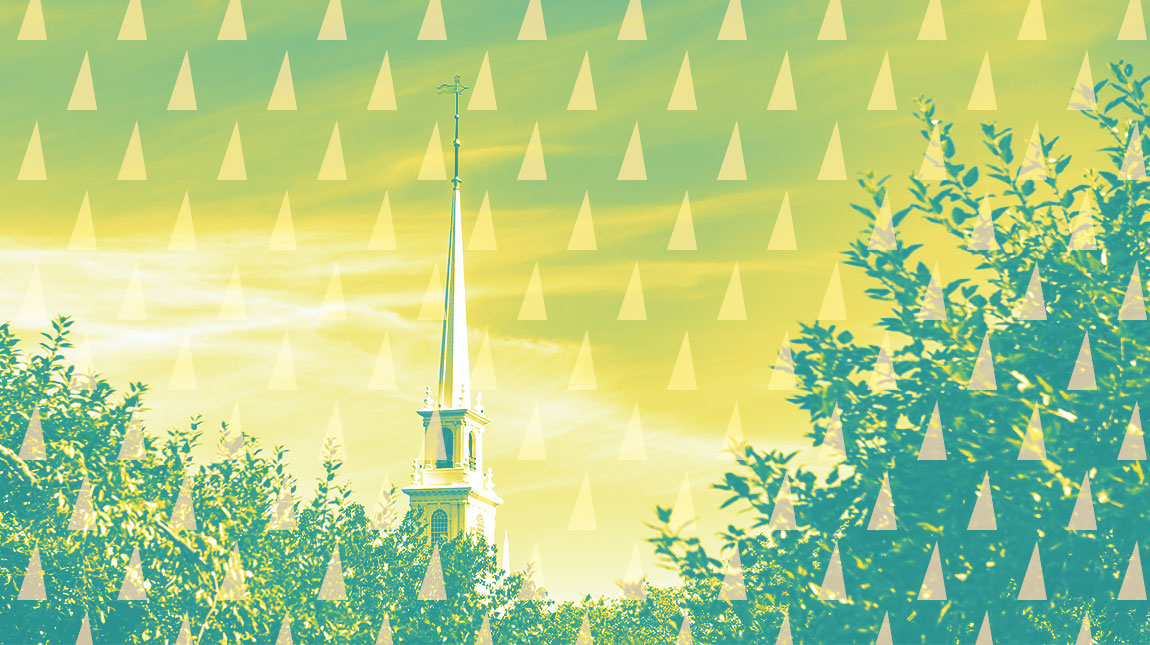 Out of the Church, Onto the Campus: An Open Letter to Collegiate Pastors

I attended a great church in college, and the pastor there was one of the five men who has most impacted my life. Another reason I appreciate him so much is that when I graduated from college and seminary, he asked me to come back to the church and be his collegiate pastor. I agreed, and my beautiful new wife and I loaded up our meager possessions to make our way back to my college town.

As I surveyed the current condition of the college ministry at the church, I was not encouraged.

At Sunday school that first week I shared with the seemingly lethargic students that:

Their wide-eyed expressions of astonishment let me know they did not expect this from the new “Sunday school teacher.”

But much to my surprise a good number showed up the first night to receive training in how to share the gospel, then went out and did it on campus.

Apparently, some of them were just waiting for some vision, a challenge, and a little guidance on how to do it.

We put a map of the campus up on a wall and divided the whole student population by affinity groups–the dorms, Greek houses, athletic teams, graduate students, internationals, off-campus apartments, major clubs, etc.

After about a month of solid evangelism and small group recruiting, we started matching up two of these freshly minted “laborers” with an affinity group where they lived or had friendships. Our ultimate goal was to have two laborers live in and/or minister in every single affinity group on campus.

By Christmas time our laborers had started well over 50 evangelistic Bible studies all over campus and had seen at least 50 genuine conversions take place through their presenting of the gospel.

By spring semester we had rented out eight large houses on each corner of the campus as close to the dorms and Greek houses as possible.

We challenged every one of the laborers to either move directly onto campus or into one of these ministry houses with the express purpose of using their new home, their dinner table, their everything, to win to Christ and disciple as many students in those dorms or Greek houses across the street as possible.

My wife and I bought a nine bedroom, four bathroom house behind fraternity row where we would have four to seven student leaders live with us each year, equipping them to do ministry in their affinity groups. Warning: before you try that yourself read the appendix article in The Fuel and the Flame about turning your house into a haven for ministry!

Along with the constant ongoing emphasis on relational evangelism among all of these affinity groups, we taught these laborers how to follow up a new Christian, form a discipleship group of faithful/growing converts, and how to start equipping them to walk with God and start leading their friends to Christ.

That summer we planned a 12-week training project in Dallas for the students.

We challenged each laborer to recruit their new converts and disciples to come with them to the project to get a full dose of equipping in the Christian life and ministry.

When our laborers recruited a team, we gave it to them for the summer, dubbing them “D-Group” leaders. Their growth was greatly accelerated as they sat in the spiritual “hot seat,” having one of us pour into them as they spent concentrated small group and individual time with their disciples.

The project’s final week was “Back to Campus” week, where they broke up into their various affinity groups to pray and plot out a strategy together to duplicate in the upcoming school year exactly what had happened to them the previous year.

That August, all our students returned a few days before classes to help freshmen move into their dorms. We felt like we were a small but powerful army, now ready and equipped to accomplish the very thing I had stated a year before in that first Sunday school meeting–to boldly plant the flag of Jesus Christ right at the center of this big, bad state university.

And as these sold-out laborers spread out all across the campus, and into virtually every affinity group, it was obvious to me the Lord had graciously transformed us from simply a ministry to a movement.

We were certainly an outreach of the local church, but we wanted to primarily be a campus-based movement rather than just a church-based ministry.

We never wanted the students to think the church was a building, but people. We did not want to have the traditional “come to us” approach, expecting these non-believers to somehow find their way into our religious services on Sunday mornings.

No! Instead, we yearned to build a Great Commission “go to them” conviction, where we, the Church, were spreading out every day of the week, taking the initiative to meet/love/serve/share on their turf.

We continued to grow and develop a Sunday morning church service and Sunday school for students, but we also created four different on campus weekly meetings: for Greeks, for dorms, for athletes, and for internationals:

The main goal for these meetings was to build momentum and funnel people into the real guts of the ministry—small groups. These were recruited and facilitated by student leaders who were bent on leading students to Christ, discipling them, and reproducing more laborers.

Our highest measure of success was always: how many students have personally made a disciple—led someone to Christ, followed them up, and established them as a disciple of Jesus Christ who was growing and consistent in the basics of lordship, the Word, prayer, witnessing, and fellowship?

The ministries grew, the summer projects multiplied, but at some point, we realized we were strong in evangelism, strong in disciple-making, but there was something missing to complete the big picture. When my wife and I enrolled in the Perspectives on the World Christian Movement course it finally connected all the dots.

We realized if our vision and ministry were not tied to reaching the whole world, our vision was too small!

As students started graduating, they felt the need for more training, so we offered ministry training programs for them, which included theology classes at a local Bible institute. It was exciting to launch hundreds of godly, well-equipped “EDM-ers” out into mission fields all over the world, into seminaries, churches, and businesses, but also knowing they would multiply this vision and impact through their marriages and families too.

Why do I rehearse the beginnings of this particular church’s collegiate ministry to you? Well, I don’t want you to underestimate the impact you as a local church campus leader can have, or to abdicate the incredibly strategic work of reaching and sending students to other groups.

I promise, there is plenty of room on the universities across the planet for workers from campus ministry organizations and local churches.

Commit to continually focus on Evangelism, Disciple-making, and Mission Mobilization. Know for sure God can use you to transform your ministry into a movement, a launching pad, to flood the nations with Great Commission workers.