Brian grew up in Oklahoma in a family heavily influenced by the Navigators. While in college at University of Oklahoma he was discipled through the Baptist Student Union, led by longtime campus minister Max Barnett. More importantly, while in college he met his amazing wife, Jennifer! After working on staff with the Baptist Student Union, he studied at Midwestern Baptist Theological Seminary, earning a Masters of Divinity with an emphasis in collegiate ministry. He spent three years with the Traveling Team, touring the US to mobilize college students. Brian currently serves at Redeemer Baptist Church as an elder, overseeing the missions training and sending, and he works at California Baptist University as the Director of Discipleship. Jennifer and Brian have three amazing kids: two boys adopted from Ethiopia and one “California girl.”

The fog of war

Every September it happens for me. Between gospel conversations, following up with new believers, helping new laborers know what to do next, and being a father and a husband, I feel like I begin to…

When we put the concerns of our country over the concerns for the global family of Christ, we abandon the true family of God for a cheap plastic replica that will not last.

Is discipleship merely "worth it"?

Committing to a lifestyle of making disciples means walking with people in the joyful seasons and the darkest seasons. You will have to…

My letter to Tim Tebow

I believe the best thing a minister of Christ can do is challenge their people to give up “good” opportunities for “great” ones. The greatest…

Every follower of Christ can make disciples. It just takes training. This is not something only “highly…

When I’m nervous about sharing the gospel, I think about how awkward conversations have changed my life…

A couple of years ago our staff team agreed to never share the gospel alone again. If we want to be a multiplying ministry that makes disciples who make disciples, sharing by yourself doesn’t make…

Why college ministry is treated as junior varsity

The church is your family

Our ministry was doing a great job of teaching people how to get in the Word and share their faith. We had great tools for…

Ignorance is bliss, but it can also be deadly. One of the most dangerous misuses of Christian phrases I’ve heard recently is the…

We had to make a shift in our thinking. In our minds, our child finally had earned…

3 questions with a mom

For a time, the primary role of stewarding my children belonged to me. Yet, growing as a…

3 questions with a dad

Why you should get formal training

Yes, I know Peter and John were seen as “unschooled, ordinary men.” This doesn’t mean that they had no training; it just…

There are two types of people in any ministry. People who add value and people who subtract…

Does your ministry really need you?

I do the best I can to make sure my family cares about the same things I do. As I play sports with my kids…

One of my favorite Olympic stories is about John Stephen Akhwari, a marathon runner from Tanzania who ran in the 1968 Mexico City Olympics. After…

Values help you remember what is important. They shape the way you talk. They influence the way…

The greater values in college ministry

Why I don't talk about a missionary "call"

I actually do believe this exists. I know many people who have received specific guidance to specific people and places…

I’ve heard people say, “Always have a Paul, and always have a Timothy.” My problem is that I want the actual apostle Paul to mentor me. Okay, I’m actually looking for a mix between…

Three signs you're killing your ministry

Why I stopped listening to John Piper sermons

I love John Piper. His book “Desiring God” transformed my life and because of his sermon, “Boasting Only in…

How to Buckle a Seat Belt 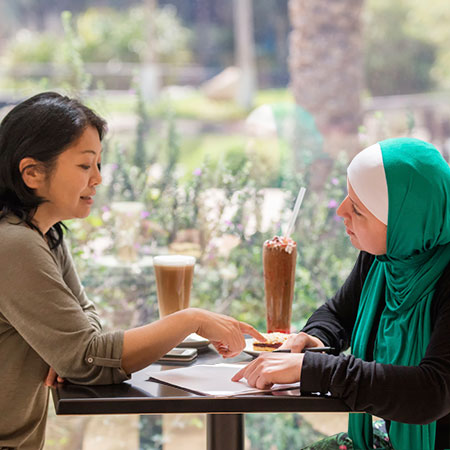